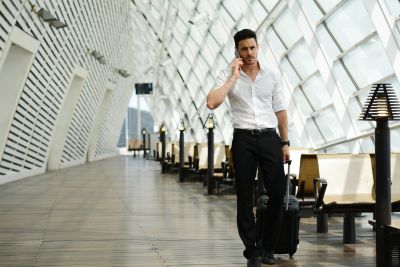 When hiring U.S. employees, Israel-based companies are generally careful to have their employees sign a Proprietary Information Agreement, whereby the employee agrees not to disclose confidential and/or proprietary information learned during the employee’s period of employment. Many companies assume there is no need for any additional written employment agreement setting forth the terms of the employee’s employment, based on the common perception that employers of U.S. employees may simply rely on the default “employment at-will” standard, pursuant to which, in the absence of a formal employment agreement, a company may terminate an employee’s employment at any time for any reason with no notice.

Although it is correct that U.S. law does not require employers to provide their employees with a formal offer letter or written employment agreement (and only a handful of states even require any kind of written notification to an employee regarding terms of employment), a company’s failure to provide an employee with a written document outlining the terms of an employee’s employment misses some fundamental opportunities.

In contrast to litigation in a court of law, consider the process of arbitration – which has been shown to be faster, simpler, less expensive and private. For these reasons, plaintiff’s lawyers are reluctant to take cases to arbitration in the first place. Arbitration has been such a successful means of thwarting plaintiff disputes, that some states have passed laws limiting the types of claims for which arbitration may be required. The enforceability of most of these laws has yet to be determined, but arbitration is certainly enforceable with respect to the majority of employee claims in most states. It is therefore generally worthwhile for a company to consider making mandatory binding arbitration a condition of employment- resulting in: no lawsuit, minimal (to no) wasted time and/or money, no public exposure and perhaps no arbitration in the first place.

In light of the above, Israeli companies hiring U.S. employees should think carefully before passing up the opportunity to issue a written document that confirms:

As to whether the document should be a formal “whereas” type of employment agreement or an informal letter agreement countersigned by the employee- this is a purely stylistic, rather than legal consideration, depending on the nature of an employee’s position and the employee’s location. For example, it would be appropriate to send a formal employment agreement to a CEO in New York City, but a more informal letter agreement to a Sales Development Representative located in Silicon Valley. In either case, as long as the document is signed by both the employee and an authorized representative of the company, the terms will be contractually binding on both parties, and present an opportunity to provide the company with enhanced protections, as well as a higher likelihood of success, when hiring U.S. employees.

For further information regarding U.S. employee agreements, and other matters related to U.S. employees, please contact Meira Ferziger, Esq. at ferzigerm@gtlaw.com. This article is not meant to provide legal advice with respect to a specific matter, nor is it meant to be a solicitation for legal services.